This is ENTREPRENEUR HEALTH which is a completely DIFFERENT GAME than anything else out there.

We understand what it took to get to this level, now it's time to get you to the next one.

Applications will Only be considered if you have been referred by a current Platinum Patient.

Dr. Boyd interviews each prospective patient to see if they are a fit in both goals and personality.

The MOST IMPORTANT Investment You Can Make

Cars, Money, and a Luxury Lifestyle Don't Mean a

Thing if Your HEALTH is at Risk. 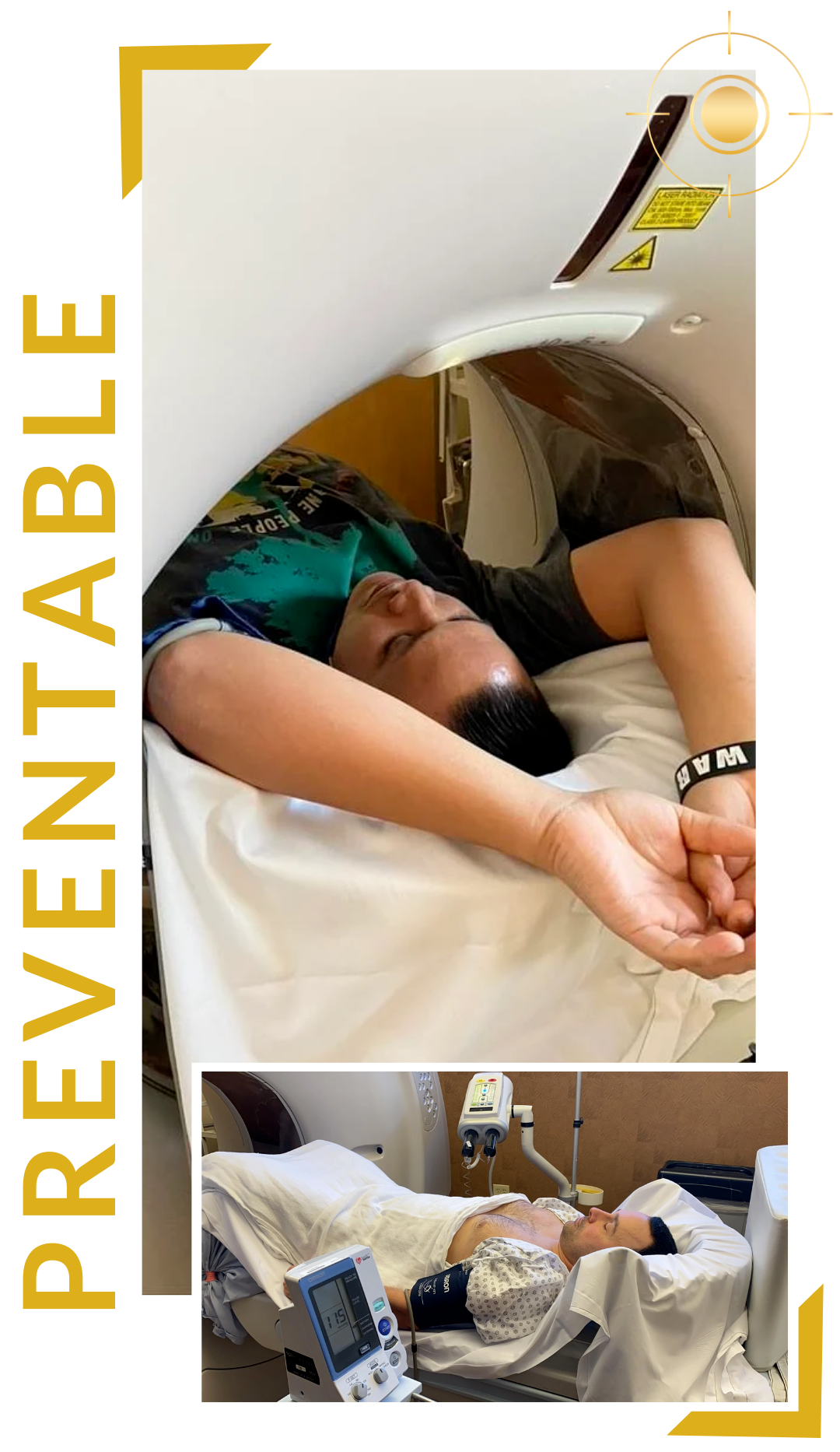 As a former medical director at one of the nation's top Cancer Centers, Dr. Boyd witnessed first-hand the pain and suffering that his patients experienced.

90% of these cancers were preventable.

Too often, his male patients were diagnosed soon after they retired.

The worst news of their life came at a

time when they'd planned to enjoy and create memories with loved ones.

Everything they'd built, all their success and dreams, came to a screeching halt

as they dealt with their illness.

So, Dr. Boyd started to ask himself -

"Why isn't there another option?"

"What if we could start scanning

patients and detect the disease before it even started?"

"What if this all was preventable?"

These questions ignited a spark within Dr. Boyd. And he decided to do something about it.

Harnessing the power of revolutionary technology and medical innovation, he developed a unique full-body assessment protocol.

This is how Blindspot Medical was born.

The THINGS You Don't Know,

The Things Going on INSIDE YOUR BODY... Can Kill You.

Your Health Is Your Greatest Asset. 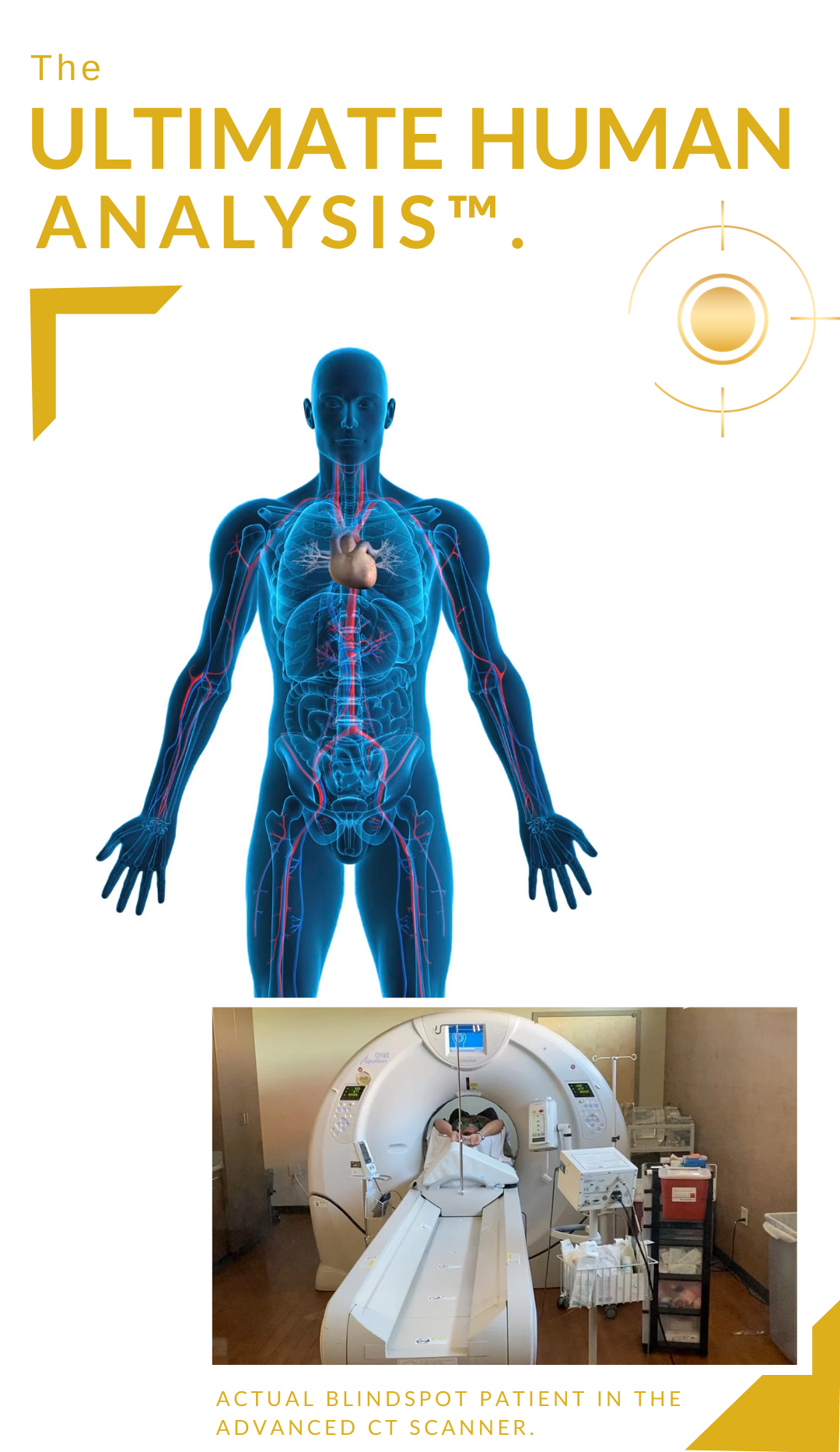 Do you ever wonder:

"What do I need to do to operate at my highest potential, to be a titan among men?"

As a success-driven man, your health is the foundation of everything you do.

Your body isn't a luxury.

Your body is a necessity.

But most of us wait too long to make our HEALTH A PRIORITY.

Don't wait for a medical EMERGENCY to know what's going on in your body. Don't wait until it's too late.

When you choose Dr. Boyd and the Blindspot Medical team, you get to understand your health in real-time.

You get to know what's happening on

the inside. Because looking great on the outside, DOESN'T MEAN everything is OK.

Our innovative assessment protocol, truly is The Ultimate Human Analysis™.

Our complete preventative program gives you every detail you need to make informed decisions about your health... and how you’re going to live the rest of your life.

From "Ignorance Is Bliss" to "Knowledge Is Power"

As Men, we put everything else first.

Our business, family and friends, our country, our investments...

All while ignoring our health.

It's time to uncover what's lurking beneath the surface.

Because it could save your life. 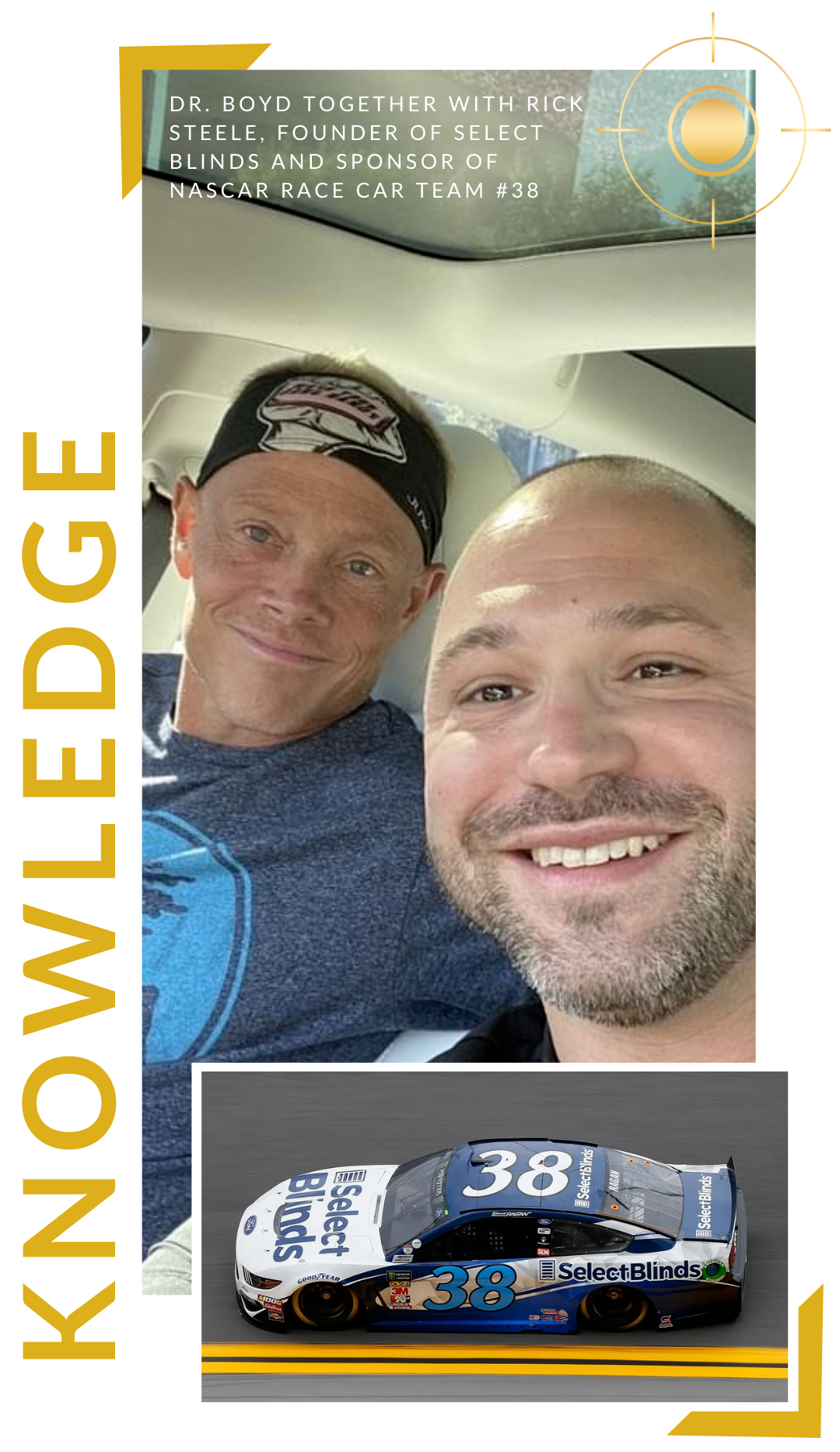 then you need to start viewing YOUR HEALTH as the most important investment you've EVER made."

So many men don't hesitate when it comes to investing in stocks, real estate, and luxury cars. But when you ask them if they're putting CAPITAL into their health...they hesitate.

The truth is - your body and your brain are the foundation of EVERYTHING you are here to create.

Because a resting heart rate of 45 and killer abs doesn't make you immune to disease and serious illness. But, being armed with the best preventative health accountability in the world could.

The good news is that BlindSpot can

show you how to GET THE KNOWLEDGE

and PLAN to be at your best.

If you're an elite man who believes your health is your number one asset, and if you're ready to invest in your health and take the necessary measures to change the course of your life, apply now. 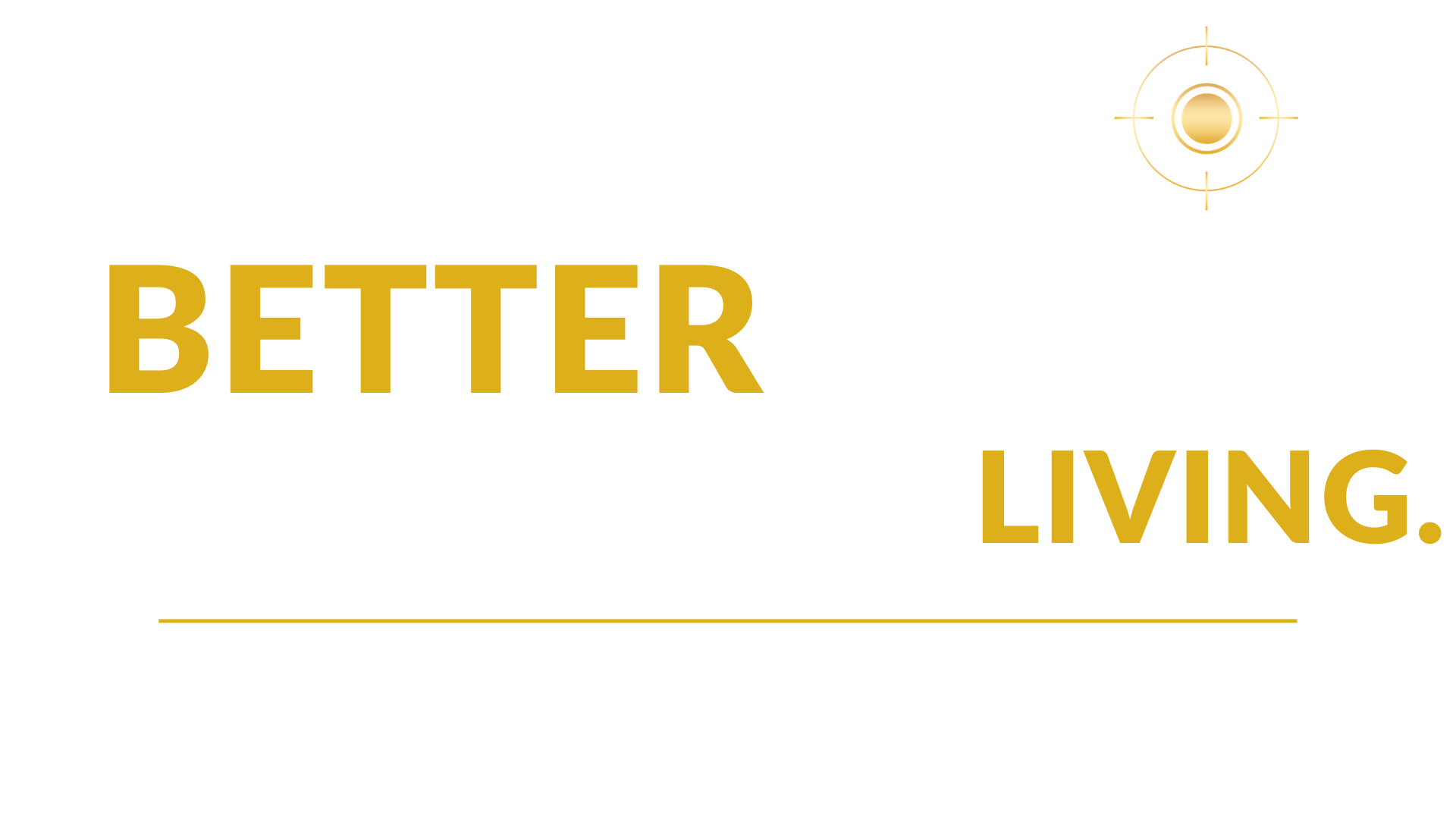 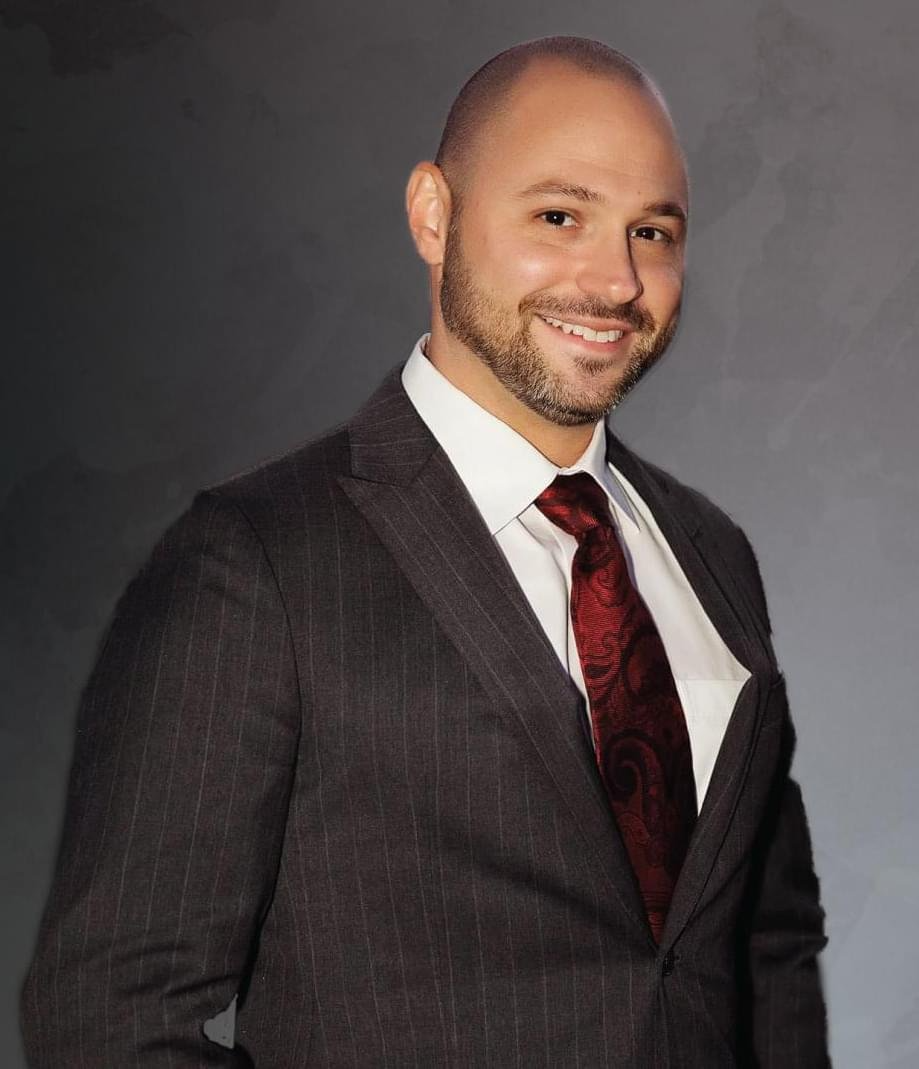 Dr. Boyd is a medical visionary who has helped

thousands of patients over the last decade to take

control of their health.

He is board certified, a clinical professor, and has been

the personal physician to celebrities, A-lister's, and even

His no-nonsense approach to health accountability—

based on the facts of your body and mind—is literally life saving.

VIP LAB DRAW IN YOUR HOME, OFFICE, OR HOTEL

Our VIP Phlebotomy team conducts your expert blood draw in the comfort of your home, office or hotel room. No waiting rooms. No surprises. All for YOUR convenience and comfort.

EXTENSIVE BLOODWORK BASED ON YOUR INDIVIDUAL AND

Our extensive lab analysis looks at the Macro (organ function) down to the Micro (genetic level) and even sub-atomic. We not only look at what is going on currently, we can predict what may happen in the future.

Magnetic resonance imaging of the brain uses spinning, electrically charged high powered magnets to cause subatomic particles on human cells to align. This produces amazingly clear, high quality two-dimensional or three-dimensional images of the brain and brainstem without the use of ionizing radiation or radioactive tracers.

Our Advanced Cardiac Imaging Program (ACIP) offers access to state-of-the-art computed tomography (CT) with Agatston Score. With this process we build a three-dimensional rendering of the heart so each side can be evaluated.

The score reflects the total area of calcium deposits and the density of the calcium. A score of zero means no calcium is seen in the heart. It suggests a low chance of developing a heart attack in the future. When calcium is present, the higher the score, the higher your risk of heart disease.

test used to help detect diseases of the small bowel, colon, liver, spleen, pancreas and rectum. This Step can detect tumors, vascular malformations and other diseases. The BLINDSPOT protocol minimizes use of IV contrast to preserve kidney function and limit radiation exposure. We are the ONLY Preventative Medicine program that takes this extra step! 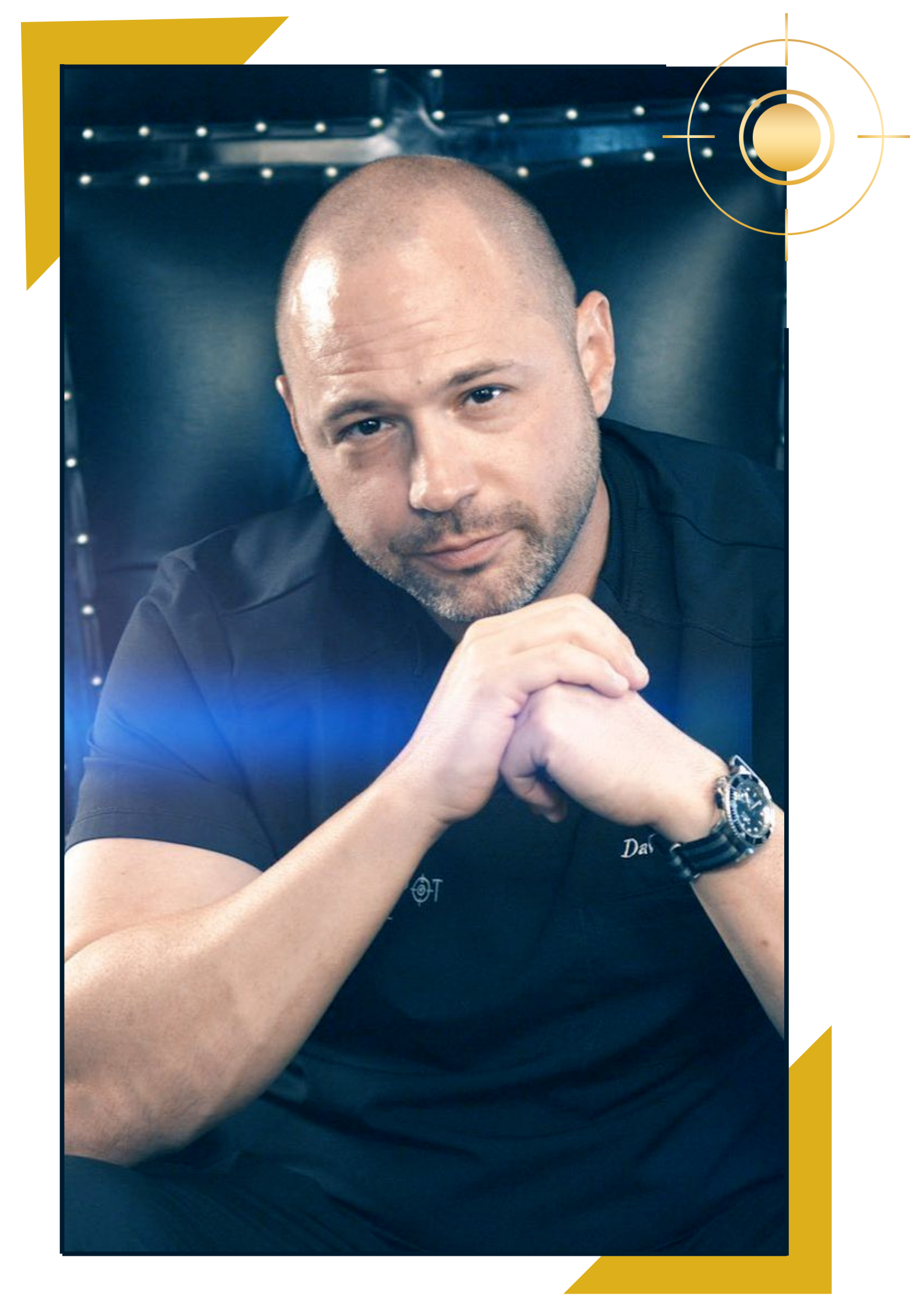 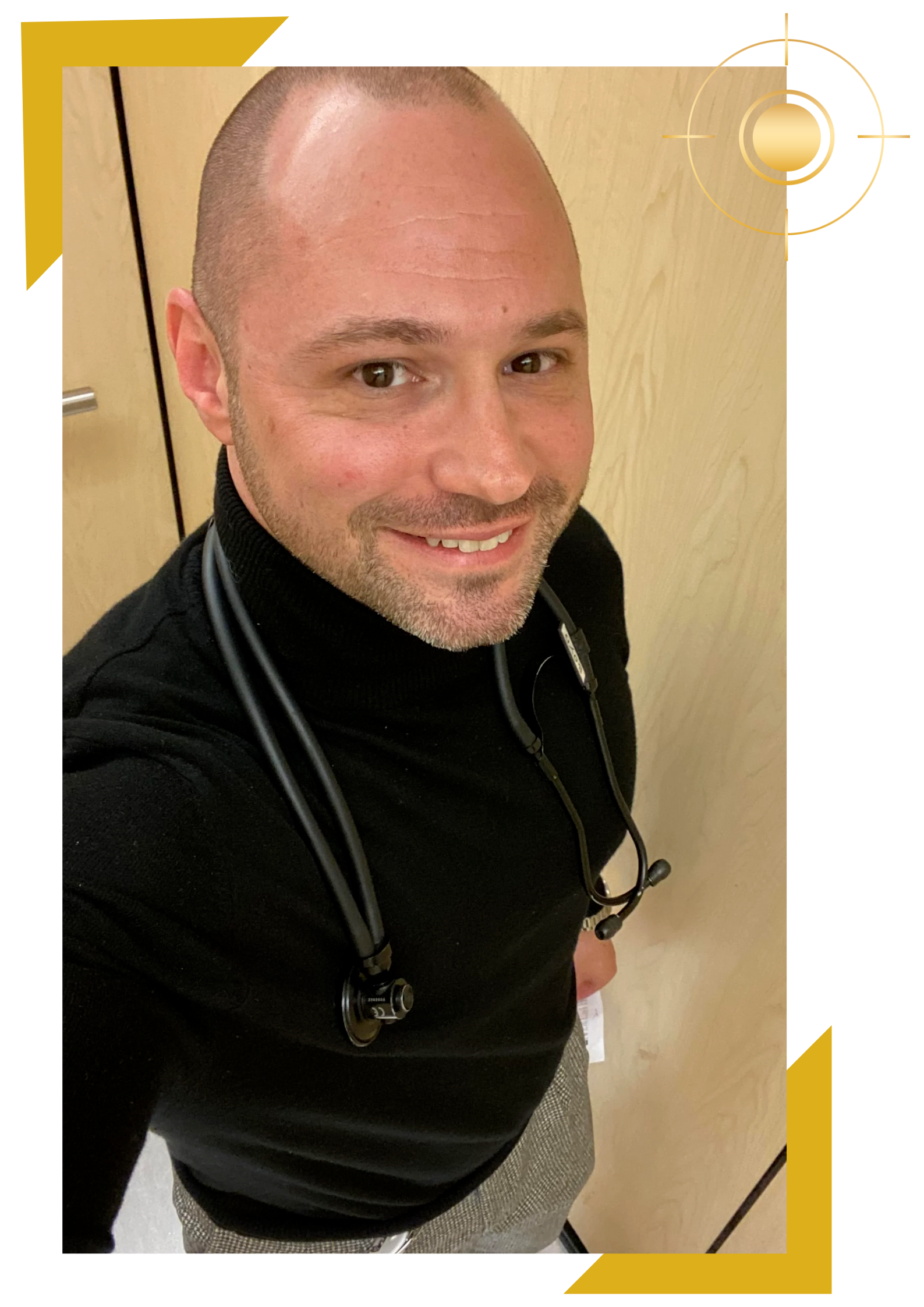 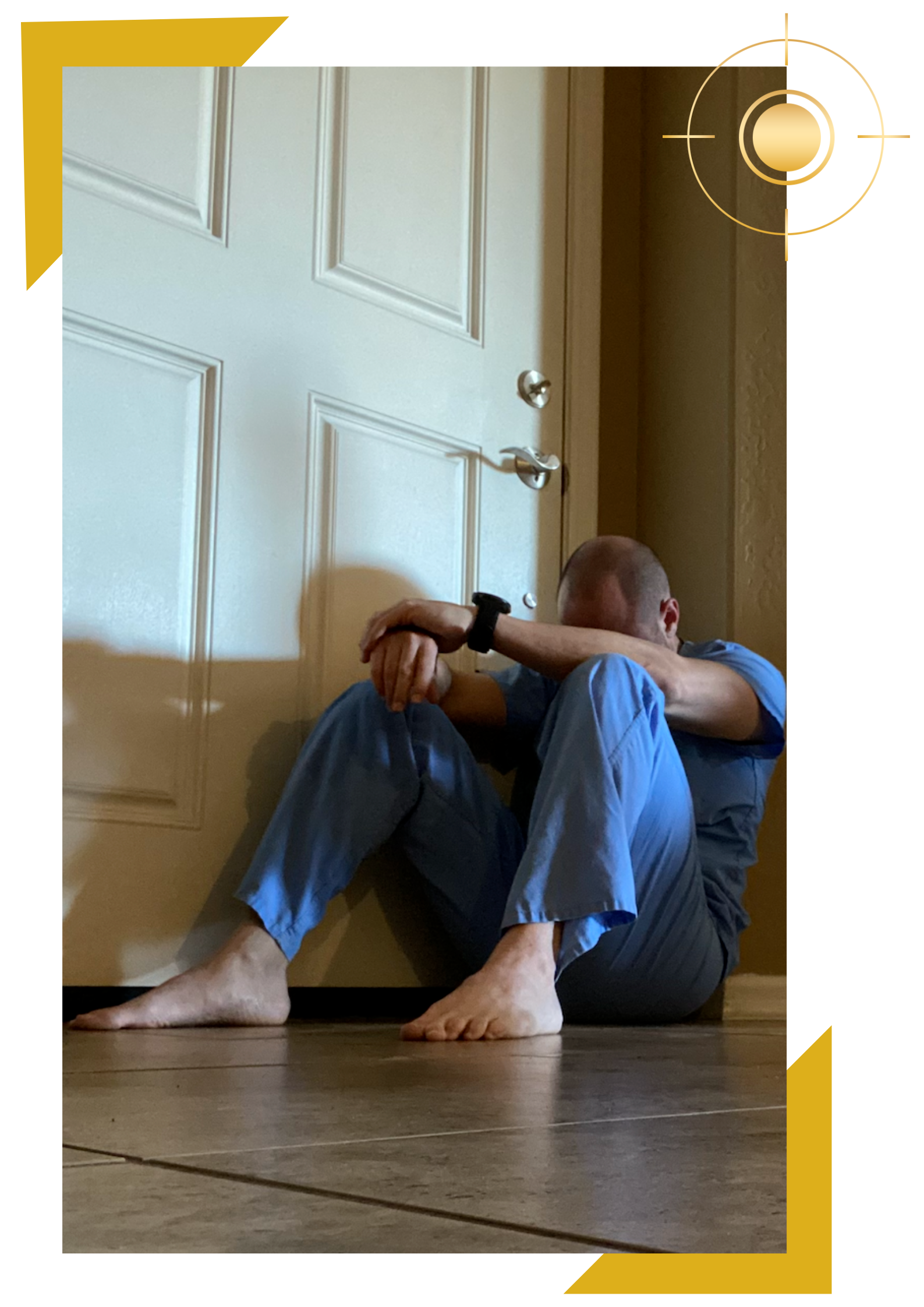 "Not again! Not another. Another man cut down too early. Another man that has sacrificed his time nobley for his family with the hope that one day he would have time for himself. Time that will sadly, never come.

I remember dreading going to work at the Cancer Center. It was my job to diagnose the UNKNOWNs. Someone that had an ache or pain, went to their doctor, got an x-ray and was told there was “something there”.

The patient was different but the story was usually the same.

Hard working man that spent decades hustling. Early mornings, late nights, too much coffee and stress that went ignored. I felt the same familiar pit in my stomach. I would answer all of their questions as they searched for WHY this was happening but the fact is there was NO ANSWER.

People search for meaning, we are creatures of reason but the fact is bad things happen to good people OFTEN. The fact is people often choose to live in denial. It is easier to think “that will not happen to me” than to face the reality. The fact is we are HUMAN both as fragile as we are resilient.

I would hug the patient at the end, knowing better than to say “Everything will be alright” because we both knew that would NOT be the case.

Returning to my office I would slump into my chair with more sense of defeat than hope. Eventually, this led to a deep depression. Days turned into months of monotony: wake up, go to work in a fog no matter how much coffee I drank, push myself in the gym… for what? Why bother?

My life was SAD.

I began to struggle to see the point of it all. Why work so hard? By all accounts I was successful. I was a prominent doctor, lovely wife, 2 beautiful daughters, nice house and cars… Why was I so SAD?

Because I had lost HOPE.

I had lost hope in the script of life. I had seen it play out too many times in the lives of my patients. The part of the story where the main character spends years grinding away only to lose it all in the end was too much for me.

So one night, unable to sleep I slipped from my bed. Kneeling in the master bedroom closet I took the pistol from the safe. The cold steel in my hand awoke my senses. Had THIS truly become an option? I dropped the gun and grabbed a sweatshirt from the shelf bawling into it uncontrollably. That was my rock bottom.

The next day… the sun shined brighter than ever before. It dawned on me, what if I could find the bomb before it were to go off? How different of an outcome that would be! BLINDSPOT was born out of pain and loss.

This program completely goes AGAINST the reactive healthcare model. Most people do not consider that corporations are profiting in the BILLIONS of health insurance premiums and pharmaceuticals that would be minimized if people INVESTED in their health.

People do not want to spend pennies on prevention.

But will give their life savings for the CURE!

They recognize themselves as an INVESTMENT and that the most valuable thing is TIME.

I found a way to put the POWER into everyone's hands and do so in the most VIP way possible!"

You will receive a call

directly from Dr. Boyd to

situation and determine if

our approach is the right fit

You will go through our comprehensive program

These 7 tests will give our medical team the

complete understanding of your health situation.

Dr. Boyd will conduct a complete rendering of the highest quality CT and MRI

that exists today, so you

understand your body and brain.

You may choose to

If you choose to proceed

with Dr. Boyd, he will customizes your protocol

for optimal health and longevity.

No one else in the medical industry (or the world) has the track record, or the groundbreaking approach, to uncover the

With cutting-edge tech and a MISSION to revolutionize men's long-term health, Dr. David Boyd will change your life.

He is THE prevention expert.

To turn the corner on health, you need the expert by your side. Are you ready?

AS AN ELITE MAN, YOUR HEALTH IS YOUR

We make the best even better! 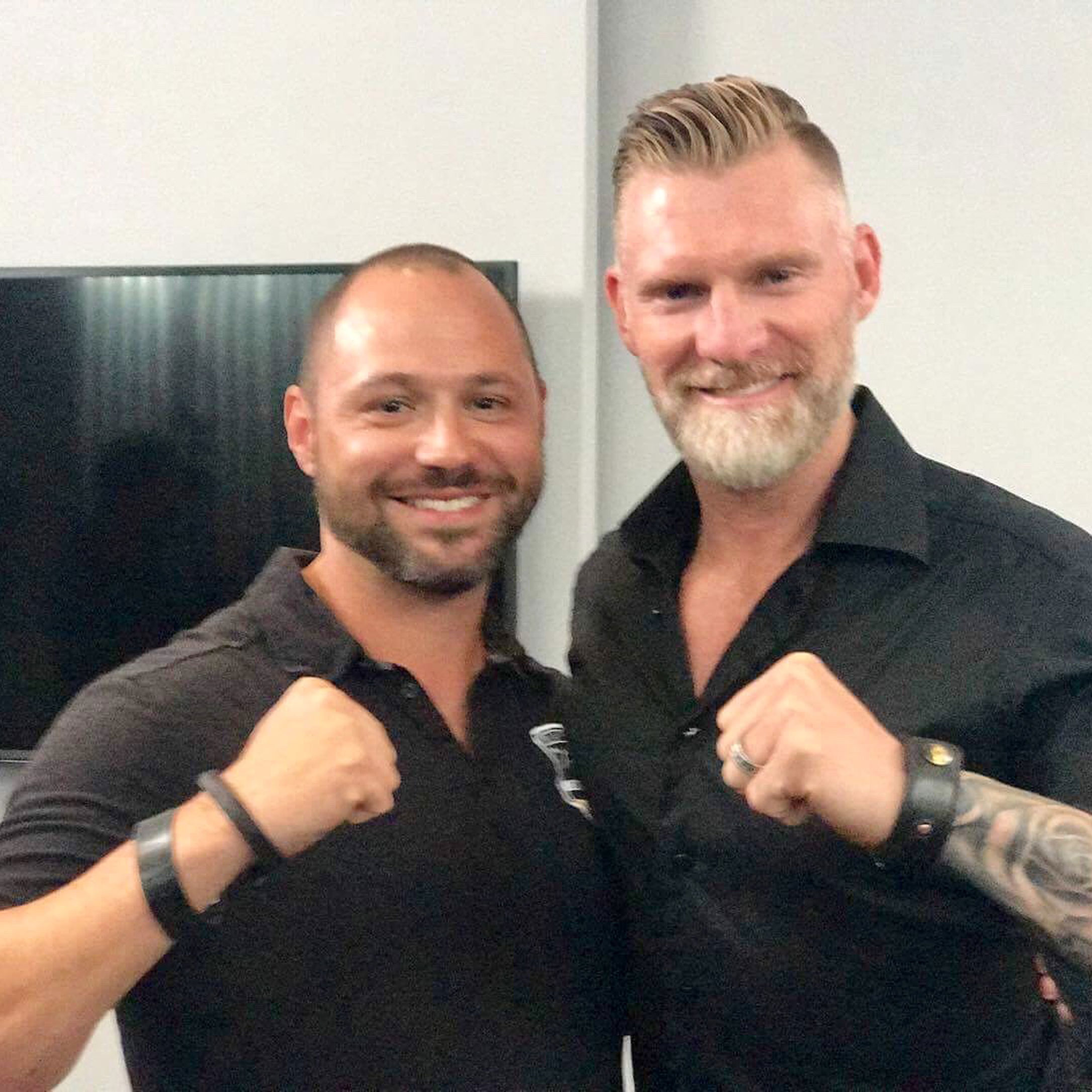 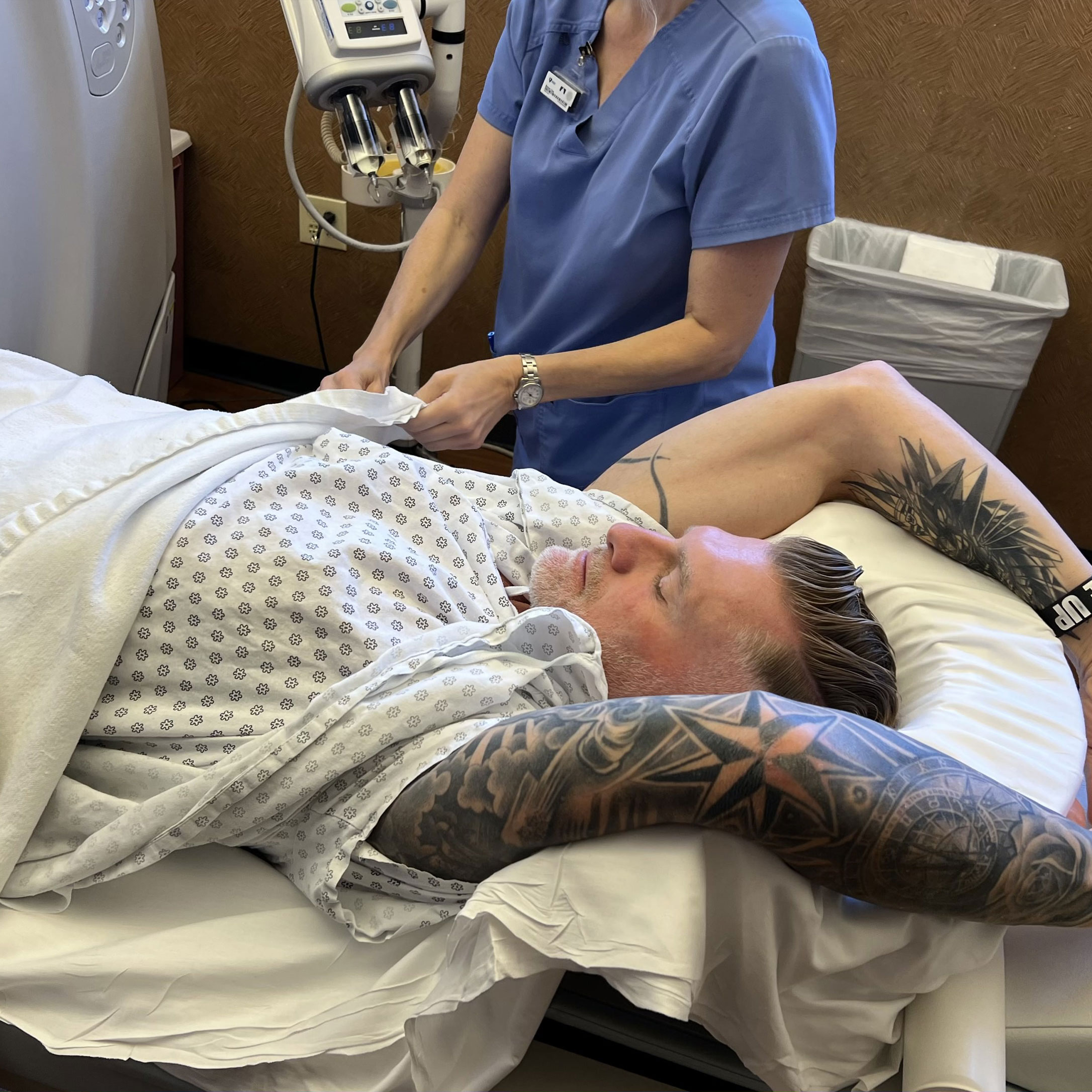 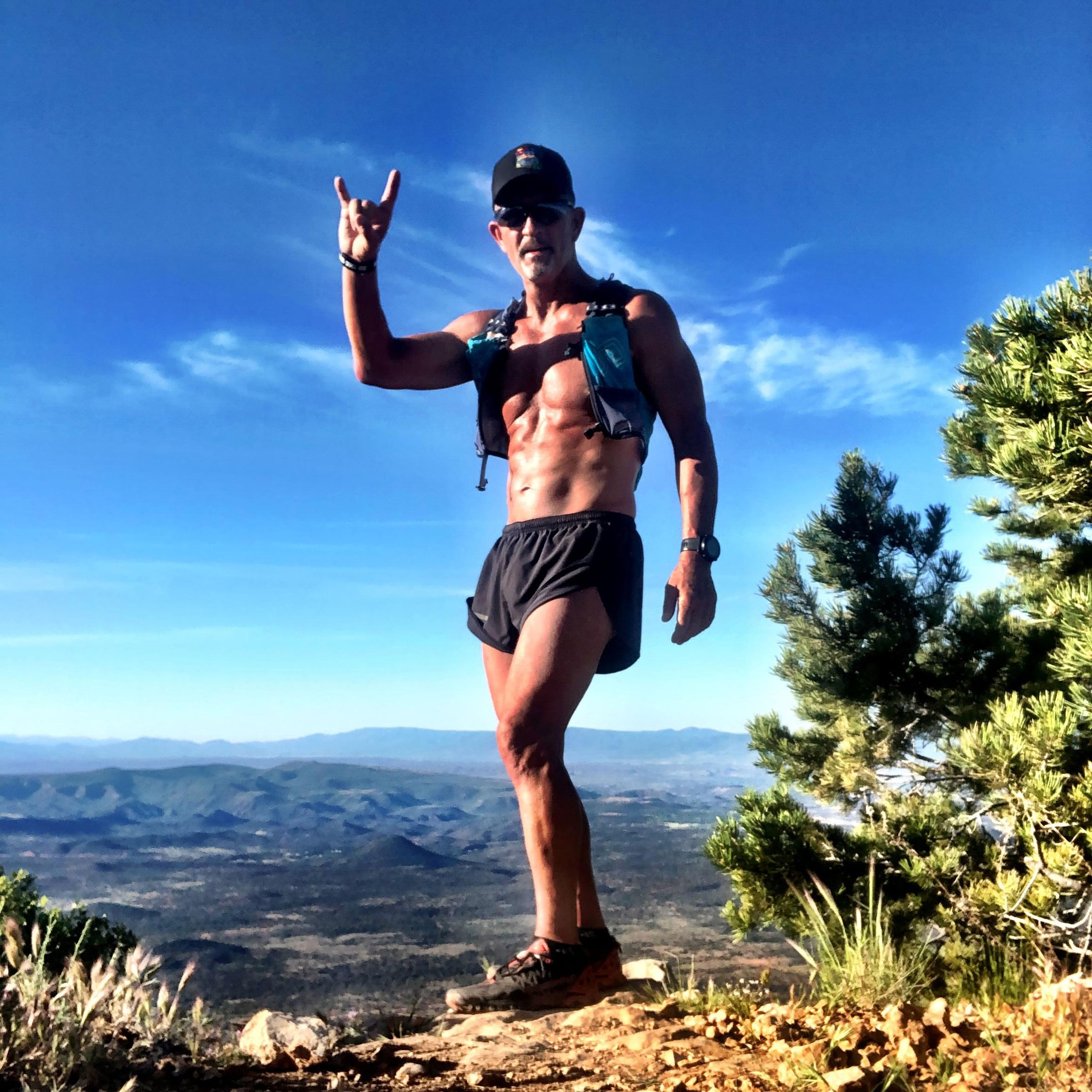 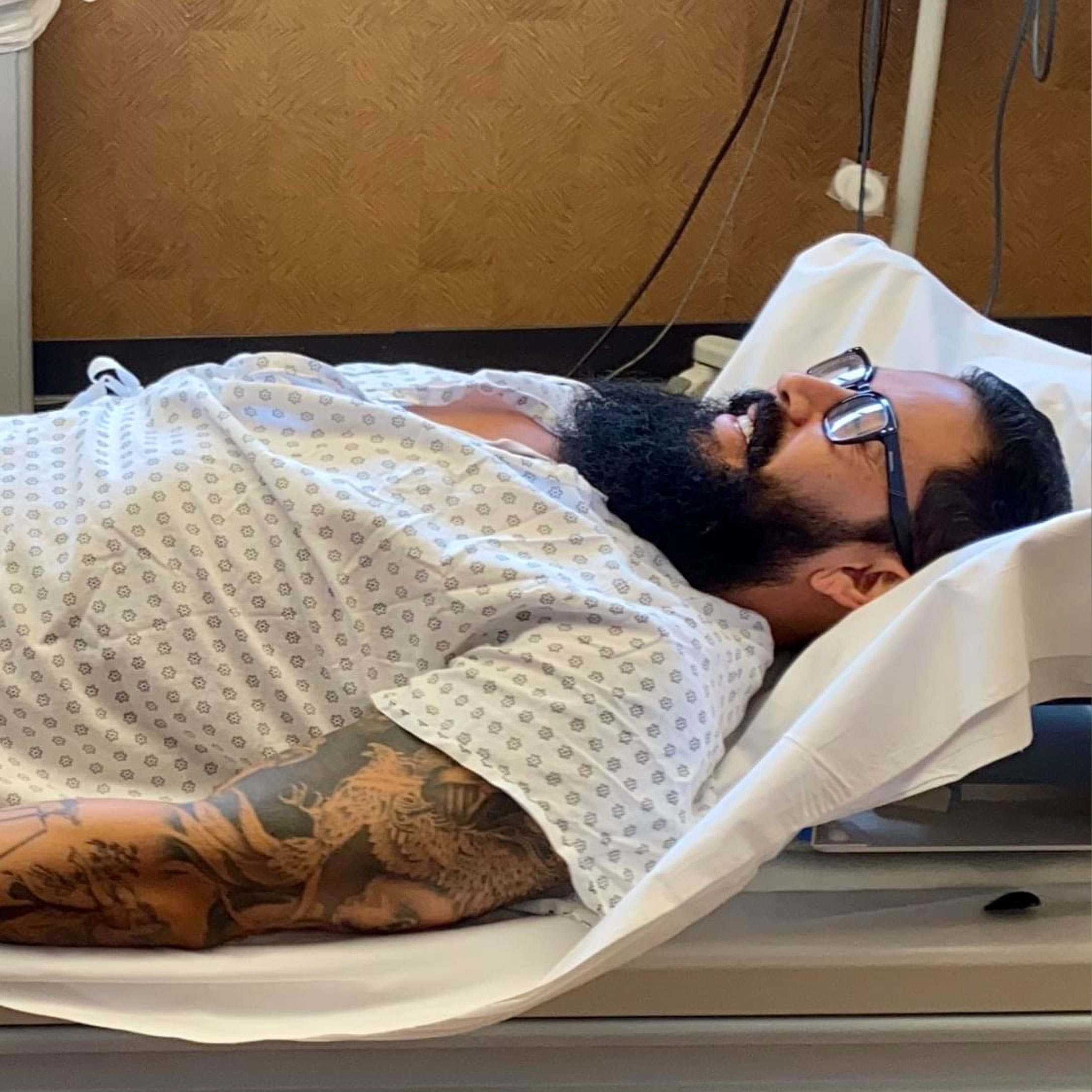 Serial Entrepreneur & Founder of AZ & Assoc. & Do The Work© 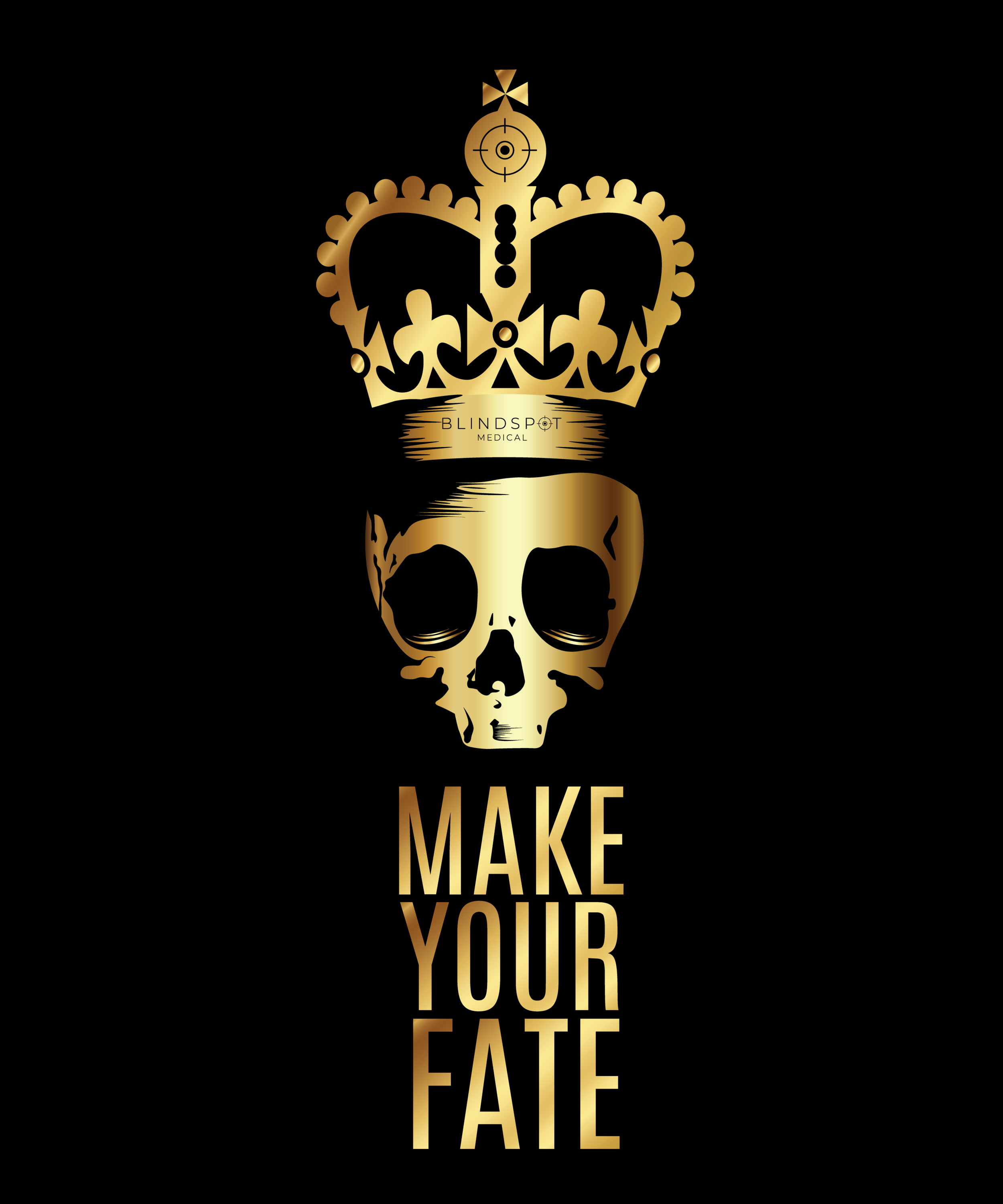 Your health, it’s up to you. It always has been. But now, with Blindspot Medical in your corner, you can make truly informed health choices.

You don’t live “basic” in any other part of your life: business, strategy, mindset...so why would you choose basic healthcare?

It's time to stop with the bullshit and make INFORMED health choices.

We’re all living on a clock, a countdown. And how we use the time that we have left is our personal responsibility.

The invitation is waiting for you.